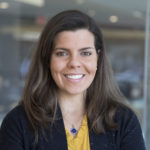 A family in Silver Spring is accusing the Montgomery County Police Department of using excessive force after police served a no-knock warrant at their home in September last year.

The Palma family sent a notice of claim letter last week to County Executive Marc Elrich, council members and the county’s attorney’s office, which is a precursor to a lawsuit to be filed later. Hernan and Lilian Palma claim that police entered their home at 4:30 a.m. on Sept. 13, held them at gunpoint, and handcuffed them and their teenage daughter. Montgomery County Police were serving a search warrant on the house because they suspected that drugs and other illegal firearms were being sold there, according to police records the family’s attorneys obtained through a public information request. 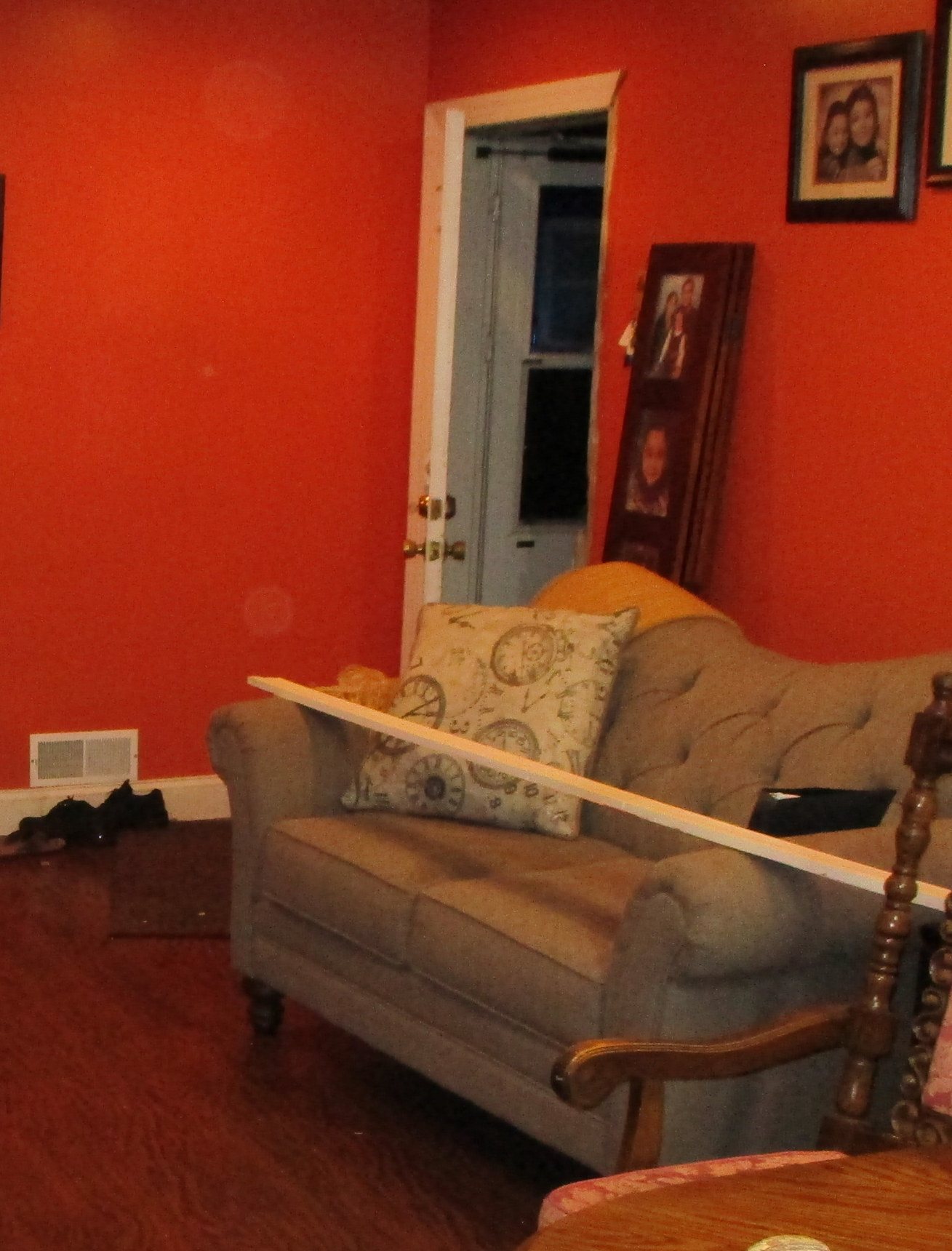 Hernan Palma says the front door of the house was kicked in when the SWAT team entered at 4:30 a.m.Courtesy of the Palma family

The family’s letter to county officials comes amid protests around the country and calls for police reform after the killing of George Floyd, a Black man in Minneapolis, who was killed by an officer using excessive force earlier this month, and the death of Breonna Taylor in March, who was shot and killed by police following a no-knock warrant in Louisville. In the latter incident, officers obtained a warrant for Taylor’s home in search of another man and drugs. Taylor was shot eight times and officers did not find any drugs in the house or the man they were looking for. The two incidents have led to an uproar and increased scrutiny of police tactics.

Hernan Palma, who has worked as a firefighter for Montgomery County’s Fire Department for almost 15 years, recounted the events of that September morning when police showed up at his home and why he thought their actions were so troubling. Hernan said he was awakened when the door to his home was kicked in. He thought he was being robbed.

“I had no doubt that criminals were trying to take my daughter away or rob us. I don’t know,” Hernan said.

Hernan says he stepped out of his bedroom to see what was happening and found a gun pointed at his chest. According to the claim letter sent by the family’s attorneys, multiple people then “pinned [Hernan] painfully against a wall, punched him in the face, and handcuffed him.”

Without knowing they were officers, Hernan kept asking the men what they wanted. He told WAMU that he didn’t see any indication that they were the police, including badges. He said the men were dressed in dark gray clothing.

“The tone and sarcasm and his smile. It’s like saying, I need to be thankful because thank God he didn’t kill me,” he said. “We really felt like trash in that moment. We feel like we don’t count for anything.” — Hernan Palma

“At that moment, I was so angry and frustrated because I didn’t understand what was going on. I still didn’t know it was the police,” Hernan said. “If they screamed ‘police,’ I never heard it.”

Meanwhile, police also handcuffed Lilian Palma, who suffers from chronic kidney disease and is on dialysis for three hours a day and five days a week. The letter says, “she asked them to loosen their grip on the catheter in her shoulder.”

“I started feeling faint,” Lilian said. “I thought for a moment if they treated me more aggressively they could have taken it out of my shoulder because they were very violent.”

Lilian says one of the officers eventually did loosen the handcuffs.

At least 40 minutes after police arrived, the officers found Hernan’s Montgomery County Fire Department uniform and asked him who it belonged to.

“And that was it, there was no more conversation,” Hernan said.

Police then uncuffed the family and let Hernan leave the house to go to work.

An incident report later revealed that one of the officers told Hernan he’s “lucky the police ‘didn’t pop’ him one.” Hernan says the phrase got stuck in his head.

“The tone and sarcasm and his smile. It’s like saying, I need to be thankful because thank God he didn’t kill me,” he said. “We really felt like trash in that moment. We feel like we don’t count for anything.”

In addition to the search of the Palma home, the police managed to make their way to the detached basement apartment the family rents out to a woman whose college-age son was the suspect of their investigation and the reason for the warrant. The family says the basement apartment has a separate entry that is inaccessible from the main residence. Police arrested the suspect during the incident and confiscated drugs, ammunition, and money. According to the family, and police surveillance of the suspect, the suspect had been residing at the address for about 30 days.

Based on that information and other pieces of evidence, the police were able to obtain a no-knock warrant from a judge on the address and two vehicles on Sept. 12. The warrant described the Palma home as a “single-family home” and failed to disclose that there was a separate apartment in the basement. Like most warrants of this kind, it granted the police the ability to serve the warrant, “at any time day or night without knocking and announcing police presence.”

The family’s lawyers with the firm Harris, Wiltshire & Grannis LLP have been trying to gather information on the incident since early October. They say they’ve sent emails to the county’s attorneys asking for more information about the case, but county attorneys have been slow to respond.

“There was no reason for them to execute it and to put completely innocent lives in danger. I would think that they would have had an opportunity to arrest him as soon as that transaction was complete, but they completely put themselves at risk and this family at risk for nothing.” —  Roy Austin, attorney for the Palmas.

Upon receiving the family’s claim last week, the county attorneys said they cannot comment on the letter and refused to say whether or not the incident would be investigated.

The police department did come forward with their response to a public information act request, but attorneys say they’ve yet to receive complete body camera footage of the incident. The incident report filed by police afterward wrote that “only portions of this incident were audibly and visually recorded on Corporal Robert Farmer’s [sic] body worn camera system due to undercover detectives being on the scene and needing to maintain their confidential identity.”

Ultimately, Roy Austin, one of the lead attorneys for the Palmas, says they want to know why a search warrant was sought in the first place. Austin points to the incident report, which states that between August and September 2019 police had already conducted a controlled marijuana sale with the suspect.

“There was no reason for them to execute it and to put completely innocent lives in danger,” Austin said. “I would think that they would have had an opportunity to arrest him as soon as that transaction was complete, but they completely put themselves at risk and this family at risk for nothing.”

The Palmas’s letter sparked outrage among county residents on Twitter.

Organizers with Racial Justice Now, a grassroots organization, tweeted, “This is why there are strong calls to #DefundthePolice.”

Others tweeted that the incident was outrageous, dangerous, and traumatizing to the family.

Del. David Moon (D-Montgomery County) tweeted one word, “Unacceptable,” and asked what penalty or action was taken due to a violation of the body camera policy.

A group of Maryland’s House lawmakers are in the process of reviewing policing practices throughout the state and are expected to make policy recommendations to the General Assembly before they meet in January. Speaker of the House Adrienne Jones (D-Baltimore County) and other legislators want to limit when state law enforcement agencies can use lethal force, according to The Washington Post.

Montgomery County Council member Will Jawando has been working on police reform legislation in the county and says the Palmas’s allegations are “disheartening” and “troubling.”

“I have raised before and will continue to explore this policy of no-knock warrants,” he said. “The danger that it poses to both residents of the home you’re entering and to officers is something that I think we need to reevaluate the use of that policy.”

Jawando added that the current no-knock warrant policy “lends itself to confusion and harm.”

In a statement, Elrich’s spokesperson responded to the family’s letter saying, “the Office of the County Attorney first received this letter today [June 18], and will be reviewing it to determine what response may be appropriate.”

On Thursday, Elrich, Police Chief Marcus Jones and Torrie Cooke, president of the county police union, held a press conference to announce that the department will be hiring independent consultants to review the police department’s policies and practices and provide recommendations.

“This isn’t just an issue of bad apples, it’s an issue of how people are trained,” Elrich said.

The county council has also received 200 applications for 13 civilian positions on the community policing task force. The task force will hold its first meeting in August and provide recommendations to the council by Jan. 18, 2021.

Elrich and the council are also looking at ways to divert funding from the department to other human and health services in the county. He says the county has the resources to invest more in alternatives to policing, even after the economic downturn due to COVID-19.

“The county is in slightly better shape than we anticipated,” he said. “I think we’re going to have an opportunity to find some savings.”

Cooke emphasized the need to make policing policy decisions based on data.

“Research, data, reviewing policies, reviewing how policing is done, reviewing how training is done so that we can better police,” Cooke said. “Otherwise, you’re just making policy and moving forward without considering what kind of policing you want.”

The Palmas immigrated to the U.S. from Chile in 1997, their attorneys say they’ve been traumatized by the incident.

Lilian said the events from that night are still really painful to relive.

“All the fear I felt is still very fresh and present,” she said. “I still have nightmares about it.”

“Montgomery County issues laws that give a blank check to the police officers to go into any house and treat innocent people like crap just to reach their goal. Is that fair? We really are hurt.” — Hernan Palma

As a firefighter who works alongside police officers, Hernan said he always respected them.

“We never had any reason to believe they were doing the wrong thing,” he said. “But when you’re on the other side of the ground, it changes everything because at that point nobody really cared.”

Hernan said the police showed no tact in caring for his family’s safety and, since the incident, they’ve lost trust in the police.

“Montgomery County issues laws that give a blank check to the police officers to go into any house and treat innocent people like crap just to reach their goal. Is that fair?” he said. “We really are hurt.”

The Palmas and their attorneys say they’re waiting on the county to respond to their requests and are hopeful it will change how the police department conducts no-knock warrants.

“They completely put themselves at risk — this family at risk — for nothing,” Austin said.

Editor’s note: This story was updated with new information provided by the Palma family’s attorneys, including new details on when police entered the basement apartment and the manner in which county police have responded to their requests.